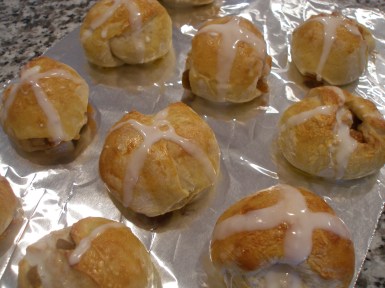 for good friday, i made hot cross buns.  i read about this tradition recently on http://www.catholiccuisine.blogspot.com.  here is a brief passage from the article: “The Hot Cross Bun is the most famous, and probably the oldest, of the many English buns. Unlike today, when it is to be found throughout Lent, the Hot Cross Bun was originally eaten only on Good Friday. According to tradition, Father Rocliff, a monk and the cook of St. Alban’s Abbey, in Hertfordshire, on Good Friday in 1361 gave to each poor person who came to the abbey one of these spiced buns marked with the sign of the cross, along with the usual bowl of soup. The custom was continued and soon spread throughout the country – though no other buns could compare, it was said, with Father Rocliff’s. Hot Cross Buns became enormously popular in England in the eighteenth and nineteenth centuries.

i found a very easy recipe to make the buns on cooking with Paula Deen. i used frozen white bread dough and then just added the ingredients to make the buns.  these rolls are super easy and tasty.  they save well in the refrigerator and freezer for days when there is not time to bake.

try this recipe and see what you think.  thaw one loaf of frozen white bread dough according to the directions.  usually that takes at least 4 hours for me.  then prepare a baking sheet with a silpat or parchment paper.  mix in a small bowl the following:  3/4 cup raisins, (i used golden), 1 tablespoon sugar, 1 teaspoon ground cinnamon)  roll out the dough on a floured board and spread the ingredients from the bowl onto the dough.

roll the log the long length and slice into 10 slices. roll into balls.  place on the baking sheet.  allow to rise at least one hour.  i covered mine with plastic to increase the rise.  remove the plastic and spread an egg wash on the rolls.  bake at 350 degrees for 20 minutes.

when cool, glaze with 3/4 cup confectioner’s sugar mixed with 1 tablespoon or a bit more of milk.  make the sign of the cross on the buns. serve for breakfast or brunch. 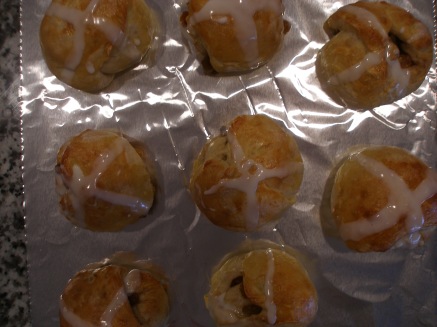 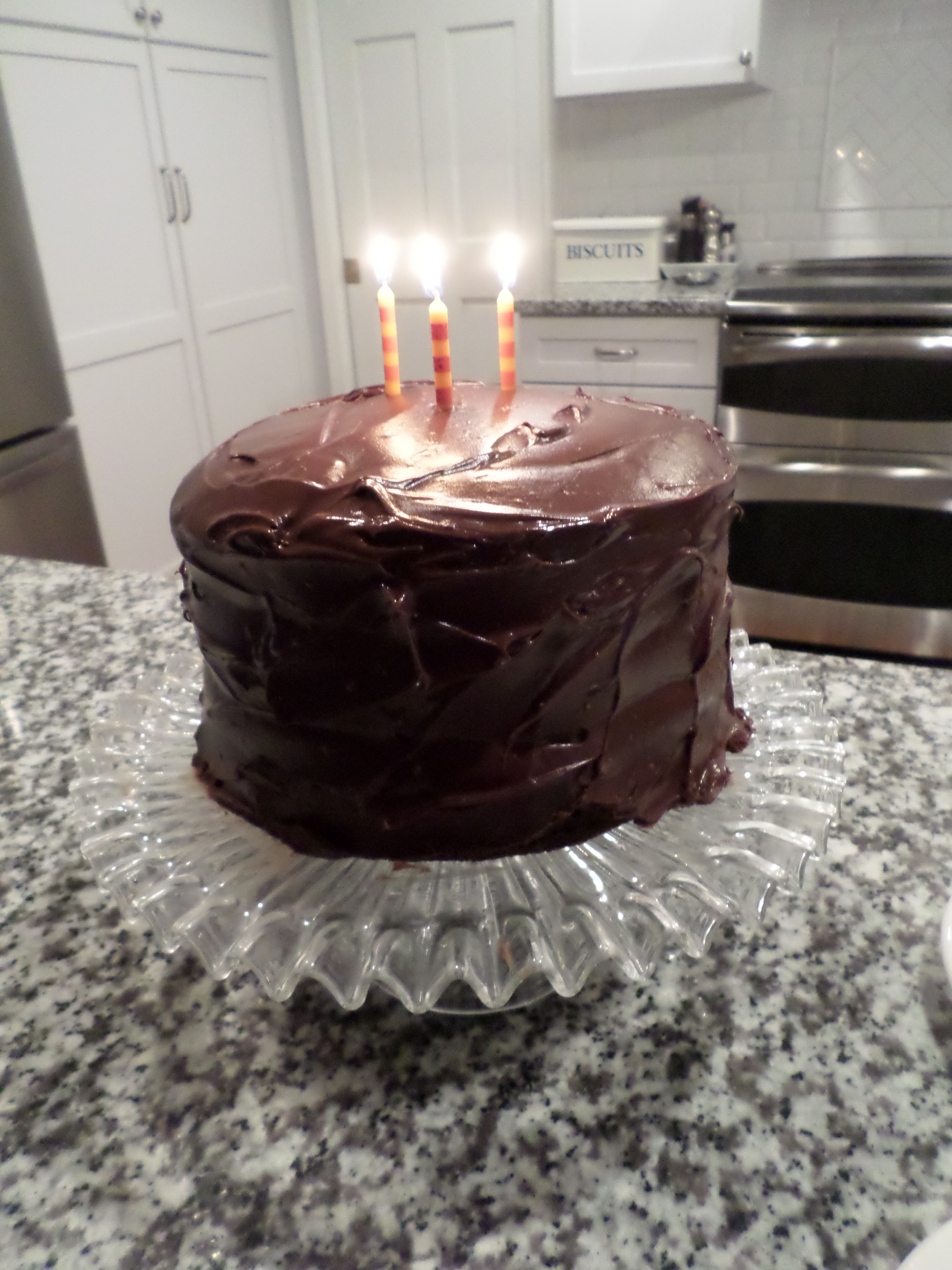